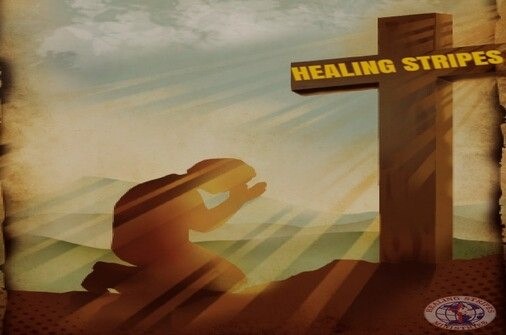 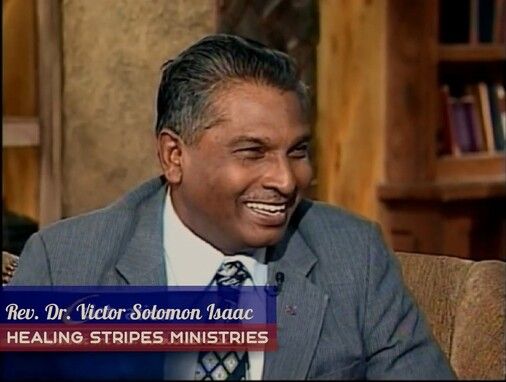 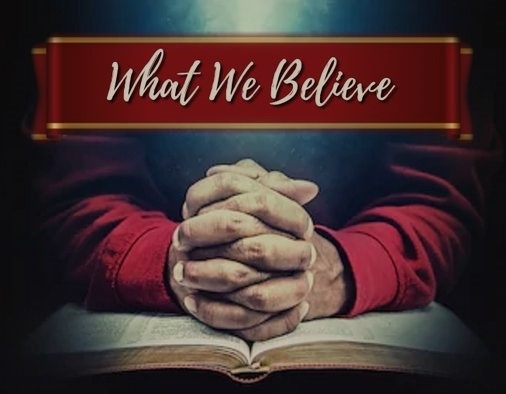 Webelieve in the scriptures theHOLY BIBLE as the fully and uniquelyrevealed and inspired word of God.

Specialists medically treated my brother Mr. Babu Umarpulavar and they said that it was all over to their abilities to give him life. I had written a letter to the servant of the Lord to tell me what the Lord has to say about my brother in Canada. The servant of the Lord, Rev. Dr. Victor Solomon Isaac cried unto the Lord on behalf of my brother. I did receive a reply from the Lord through the Pastor saying “the Lord said, right now my hand is upon Babu Umarpulavar in Canada, he will be healed of his infirmity and he will live as a living witness for my glory.” Soon after receiving a positive reply from Healing Stripes Ministries, after a couple of days, I received a mail stating that my brother Babu Umarpulavar lives and now walks which brought about an amazement and startled the specialists of Canada. I thank my Heavenly Father and Healing Stripes Ministries for this unique miracle. Praise the Lord! - Samuel Thangapulavar,Bangalore

I as a pilgrim journeyed to a Hindu sacred place. On the way, I met with a major accident, consequentially resulting in multi fracture. I was not in a situation to set in upright position. People had to literally convey me from one place to the other. People carried me right into a little room where I noticed Rev.Dr. Victor Solomon Isaac, praying for the sick. Pastor asked if I believe in Jesus Christ and that Jesus would heal me. I responded positively. At once, he prayed for me and with an authority, Rev. commanded me to rise in the name of Jesus. I, who was a dead man yet living instantaneously, began to leap. I rouse to strong emotion and first viewed at the light to perceive with my eyes if it was day or night. Secondly, I perceived by touching myself to see whether it was a reverie or deceptive appearance. Finally, I began to walk in that limited space. A large number of non-Christians who witnessed this pre-eminent miracle were astonished and ran for prayers. Praise God there is no sign of breakage of a single bone, for I am in good health like any other person. - Sommanna, Bangalore

My name is Kavitha; I came to the meeting conducted in Benny Grounds where Rev. Dr. Victor Solomon Isaac was sharing the word and praying for the sick and needy. As I was praying in the presence of God, I was moved in my heart and my eyes were filled with tears. I was asking the Lord to give me a chance to be prayed and my name was prophetically called out in the crowd. I rushed to the stage, where servant of the Lord prayed and my disability to walk fast due to polio was supernaturally set right. All glory to our Lord Jesus. - Ms. Kavitha

I encountered a friend of mine who is a Medical practitioner. He said that he was giving medical treatment to a girl with unique problem and hence failed to retain the hope treating her. Inflicted to a property dispute the girl's family was afflicted by witchcraft, because of which the girl had become a prey to all manner of witchcrafts. Abruptly fire from nowhere would ignite her dress in which she is clad, be it her home or her classroom. For this reason, her whole body was injured leaving her like a rot vegetable. There would be an evident wound, so made with tooth, along with the discharge of saliva on her entire body. She would utter piercing cry especially of fear and pain. Consequentially being exposed bare, greasy preparation for healing her wounds was applied on the plantain leaves to cover her body. Though the house in which the girl resides is distant from the area of farming land, she would make known to her mother that she is able to see their fields set on fire. She would make known to her mother that the clothes inside the cupboard are consumed by fire. Every unit of speech that she expresses would be in accordance with facts. However, the medical treatment turned out to be futile. The parents approached witch doctors that however bound long and narrow piece of material worn knotted round neck and arms. Within a second, piece of material worn knotted round the neck and arms would wrench apart and fall to the ground. As the medic was sharing about her to me, all I could think was my colleague Rev. Dr. Victor Solomon Isaac. I requested him to come and pray for the girl. As we (Rev. Dr. Victor Solomon Isaac and myself Mr. Vishwanath), entered the house we saw a girl of 13 years resting on a horizontal base, exposed bare and mere leaves of plantain to cover her body. The moment we stepped in we heard her piercing cry saying, “look it bit me”, and we obviously witnessed the evident wound, so made with tooth, along with the discharge of saliva on her entire body. The servant of God asked for a handkerchief and began to pray over it. He then bound the prayed handkerchief round her hand and asked the girl to call out aloud and say, “come and bite me now”. Though she kept calling, there was no sign from the evil. The Lord prophetically revealed that she alone would stand for the Lord, as a testimony while her family would reject Christ. Praise the Lord today the girl is set free and now she is a mother of three kids. All glory and honor belongs to our Lord Jesus Christ. Praise Jesus! -Vishwanath, Bangalore.

In Christianity, God is the eternal being who created and preserves all things. Christians believe God to be both transcendent (wholly independent of, and removed from, the material universe) and immanent (involved in the world).

Sometimes when we see the suffering of others it is tempting to come up with glib explanations. In the advice of Job’s friend, Bildad, we see an extraordinary mixture of truth, half-truth and falsehood (8:1–22).

Following Jesus makes a person a Christian - a member of the worldwide family of Jesus Christ; a family committed to helping each other make a real difference in the world. They'll be keen to become involved with others in his family - that's going to a church. And they will want to live the way he wants them to.